NASA and Royal Enfield in Conjunction


This second definition was our mission on Saturday as four of us Bulleteers in Madrid took out our bikes and rode into the mountains to see a curious alignment of old and new.
Our group was the traditional three (Pedro, Juanma and yours truly) with a new addition: Guillermo was taking his newly acquired and repaired Indian Bullet 500cc (2004) out on its maiden voyage on the roads. Both he and the bike did swimmingly, a pleasure to ride with them.


Winding curvy back roads, well paved and seldom traveled by cars took us through forests of Mediterranean pines and groves of encinas (holm oaks) under a gorgeous blue early summer sky. 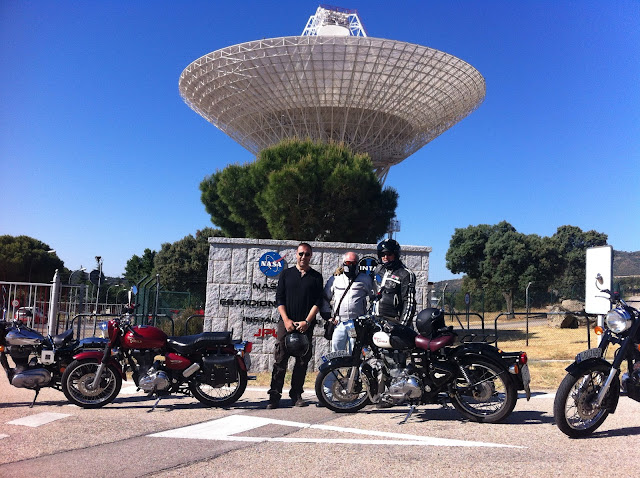 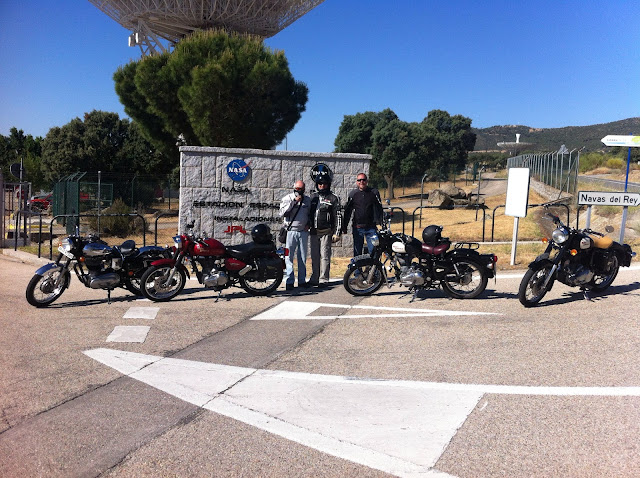 When these cyclists showed up, they too wanted in on the conjunction: 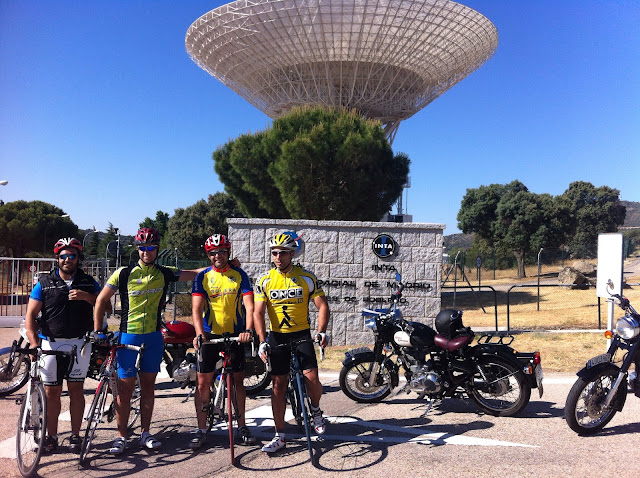 We decided to celebrate this scientific event by having a vermouth up at the Cruz Verde, a major biker bar on a mountaintop near Madrid. The Royal Enfield Bullets got plenty of well deserved attention, as usual!
This is Guillermo's Bullet: 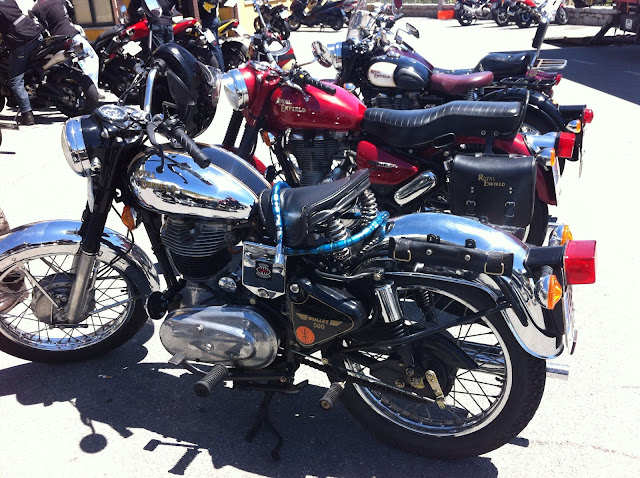 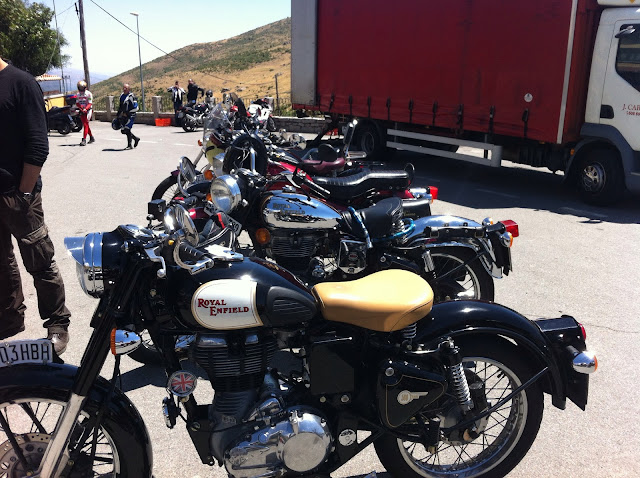 we were all home by lunchtime as planned, ready to face the week ahead and looking forward to the next trip.