Back in the Dark Ages (before I got my A2 motorcycle license) I was riding a Kymco 125cc Agility City scooter. It was a real hoot, and a trooper through thick and thin. I put thousands of kilometers on it in a year and rode it all over, never had a problem. But I found that *real* motorcycle bikers didn't want to have anything to do with me. So I founded a subgroup at moterus.es called Por Madrid en 125cc.
Nobody joined.

Until I got my A2. sold off the Kymco for 800 euros and bought my trusty Balita Roja. Suddenly there were bunches of people coming out of the woodwork and wanting to go out for a ride.
Over the last two years I organize little and not-so-little outings with my biker friend Javivi, he on his BMW 650 GS. This weekend there were just four of us: Javiv and I, and Roberto on his 125cc Yamaha and Luis Miguel on his 125 cc Honda CBR. 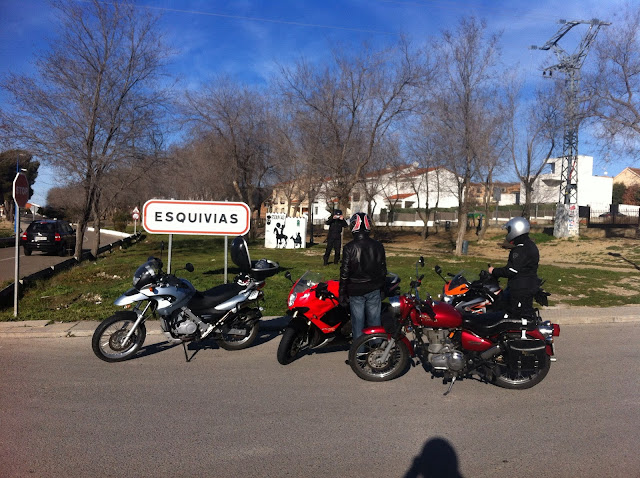 We had a great ride through the south, into the depths of Castilla- La Mancha, to the town of Tembleque, to see its Plaza Mayor of carved wooden balconies. 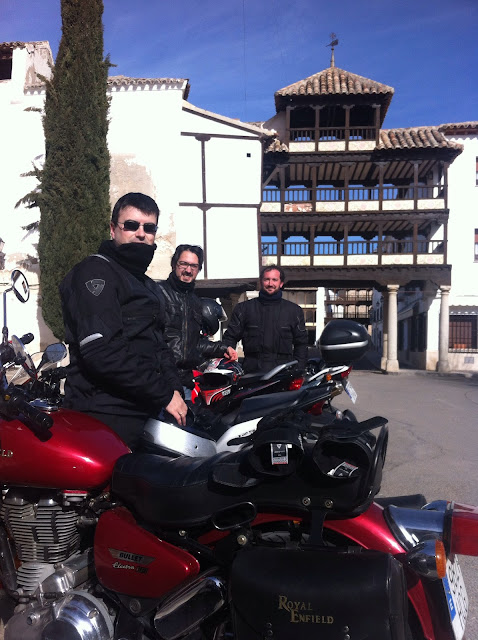 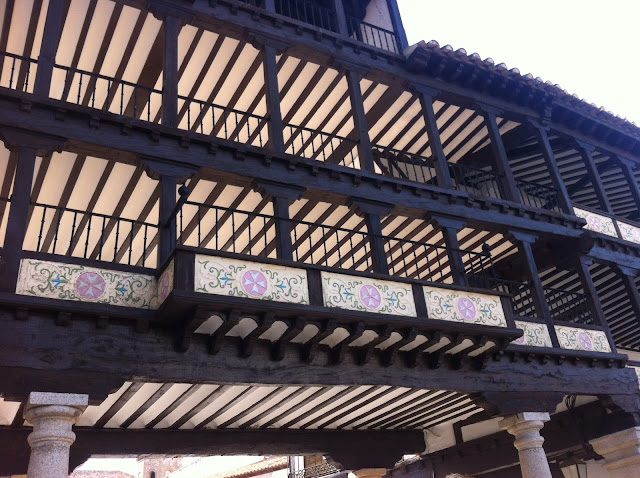 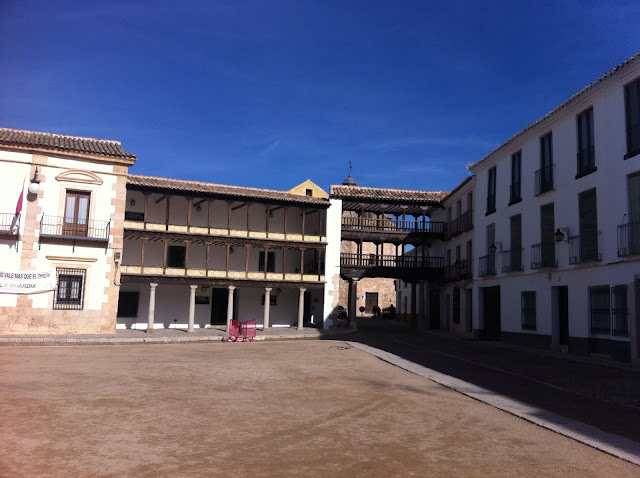 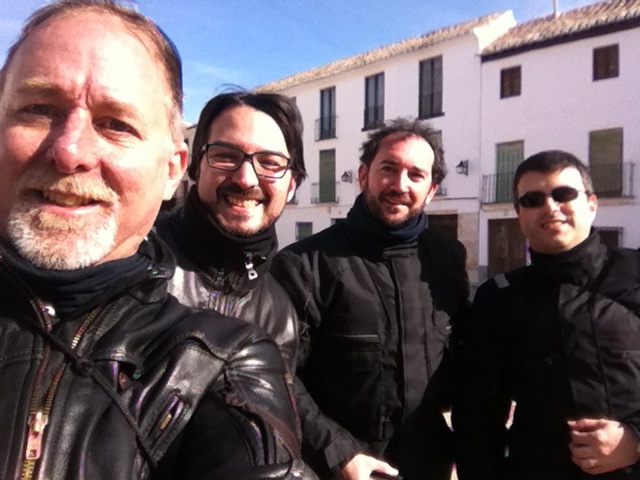 Conveniently for all, it also happened to be time for the aperitivo, at a typical establishment nearby. 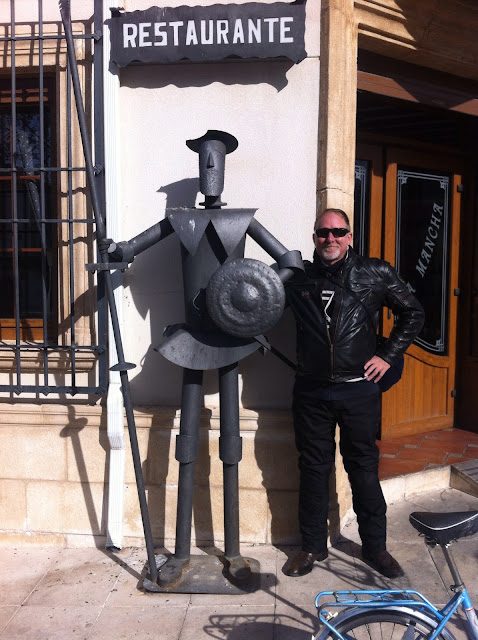 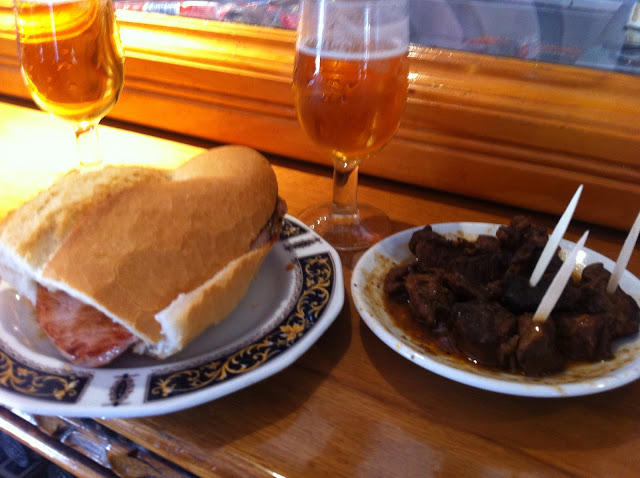 That tapita with the toothpicks is actually cabrita estofada a goat stew, really nice.

As we headed home, we happened on some windmills (the old kind, but you can see the new ones on the mountain ridge in the background). 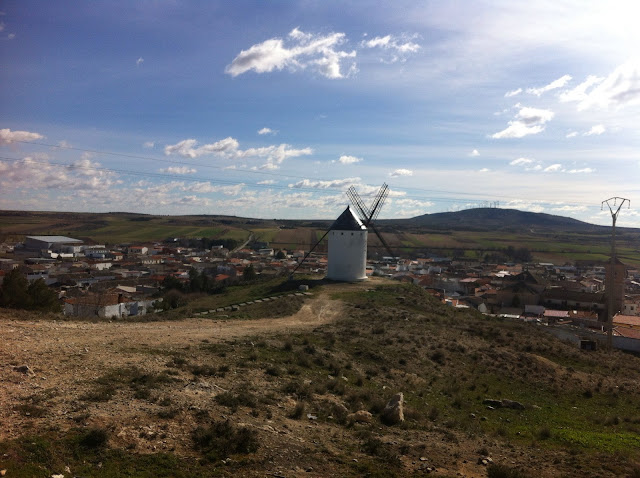 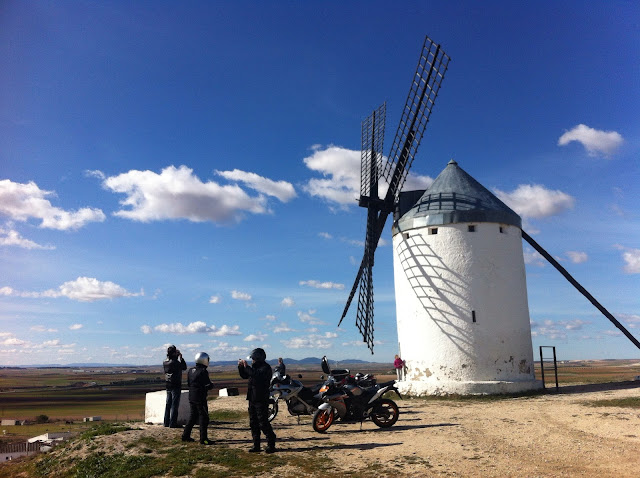 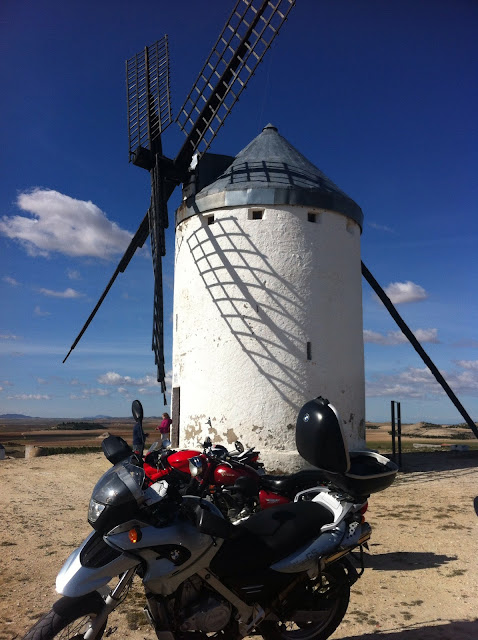 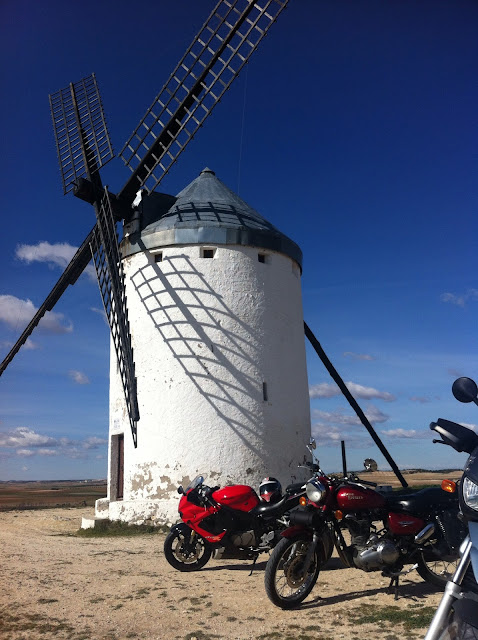 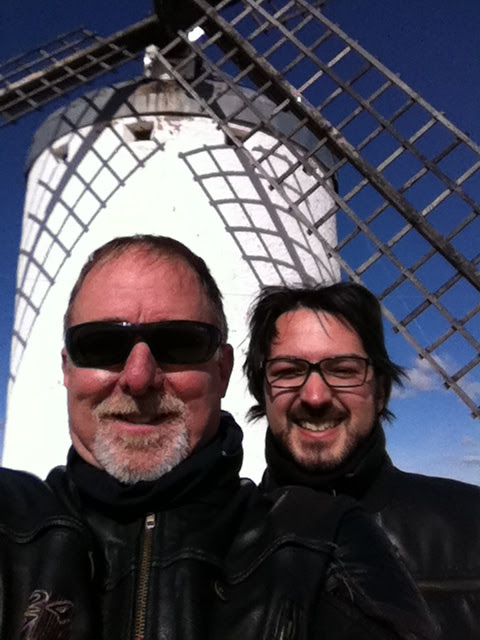 Strong urge to burst out singing "Some Enchanted Evening", but we resisted.

The ride home went the other way around, through some nice roads.But those Castillian skies are the best. 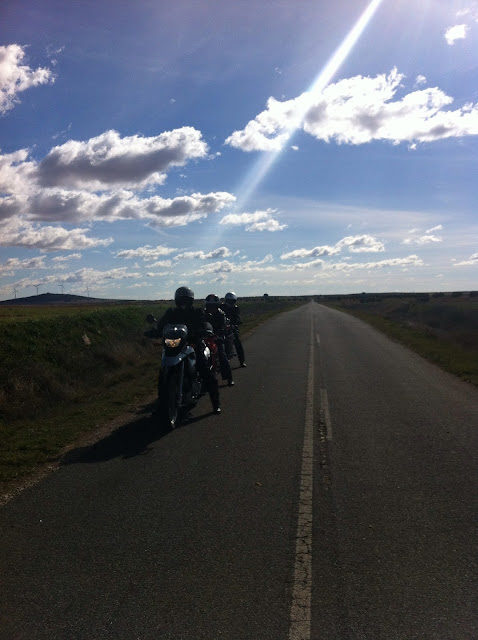 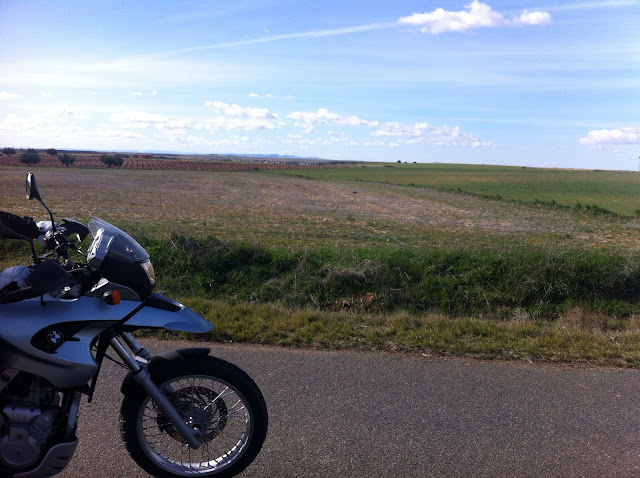 Not bad for early February, I must say.
Posted by Jónico at 5:06 PM