Cardo Scala Rider Q3: hi-tech toy for a ride on a BUllet

To intercom or not to intercom, that is the question!
Why in the world would I want to spend all that money on being able to talk while I ride? I thought the whole purpose of riding was to be left to your own thoughts for a change, NOT chatting, texting or blogging.
Still,  I knew my riding companions Bruno and Juan always rode with their helmet-to-helmet intercom device so that they could talk to each other (and to Juan's cousin Rafa, who also has one, when the three of them go for a ride). I gave it some thought and decided to join the chat. I didn't actually buy one until I was literally on my way, the Balita Roja all packed up like a pack mule. 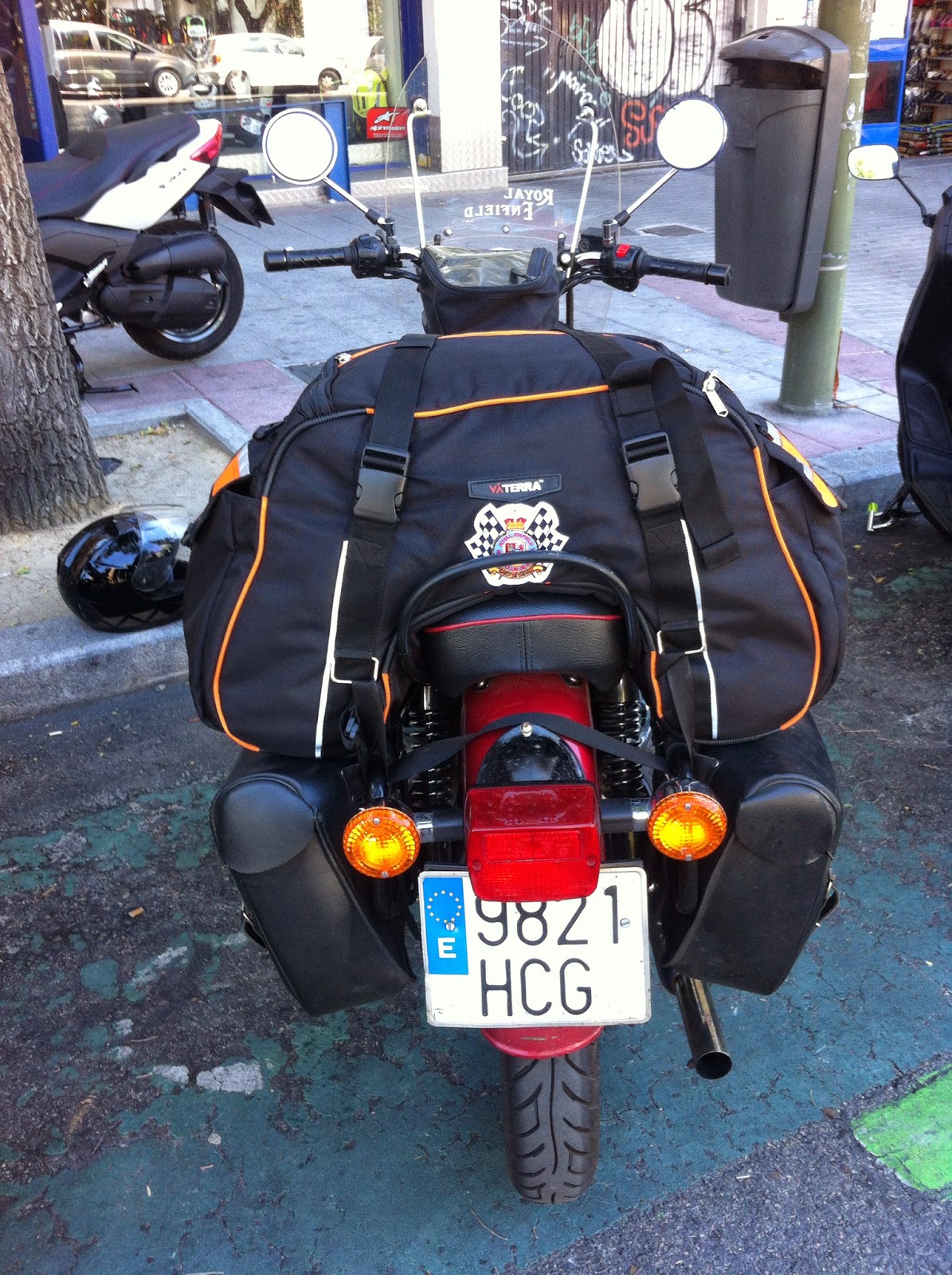 This is the Balita parked next to the motorcycle gear superstore Autoservicio del Motorista, on C/Bravo Murillo. 74 in Madrid.

I bought the Cardo Systems Scala Rider Q3 for 179 euros. I had been warned by friends to be sure to buy the same brand because there is no compatibility between brands yet. Which is VERY STUPID. Who would buy a phone if you could only talk to other people with that same brand of phone?
Anyway, I bought it and during our lunch break on the second day (on the first day I had to charge it overnight) Bruno put it together. My HJC FS-10 helmet it turns out does NOT have any pre-installation space for the ear speakers, so Bruno dug into the styrofoam and made space for them after lunch. The waiter was not really amused but it was an, uh, emergency. 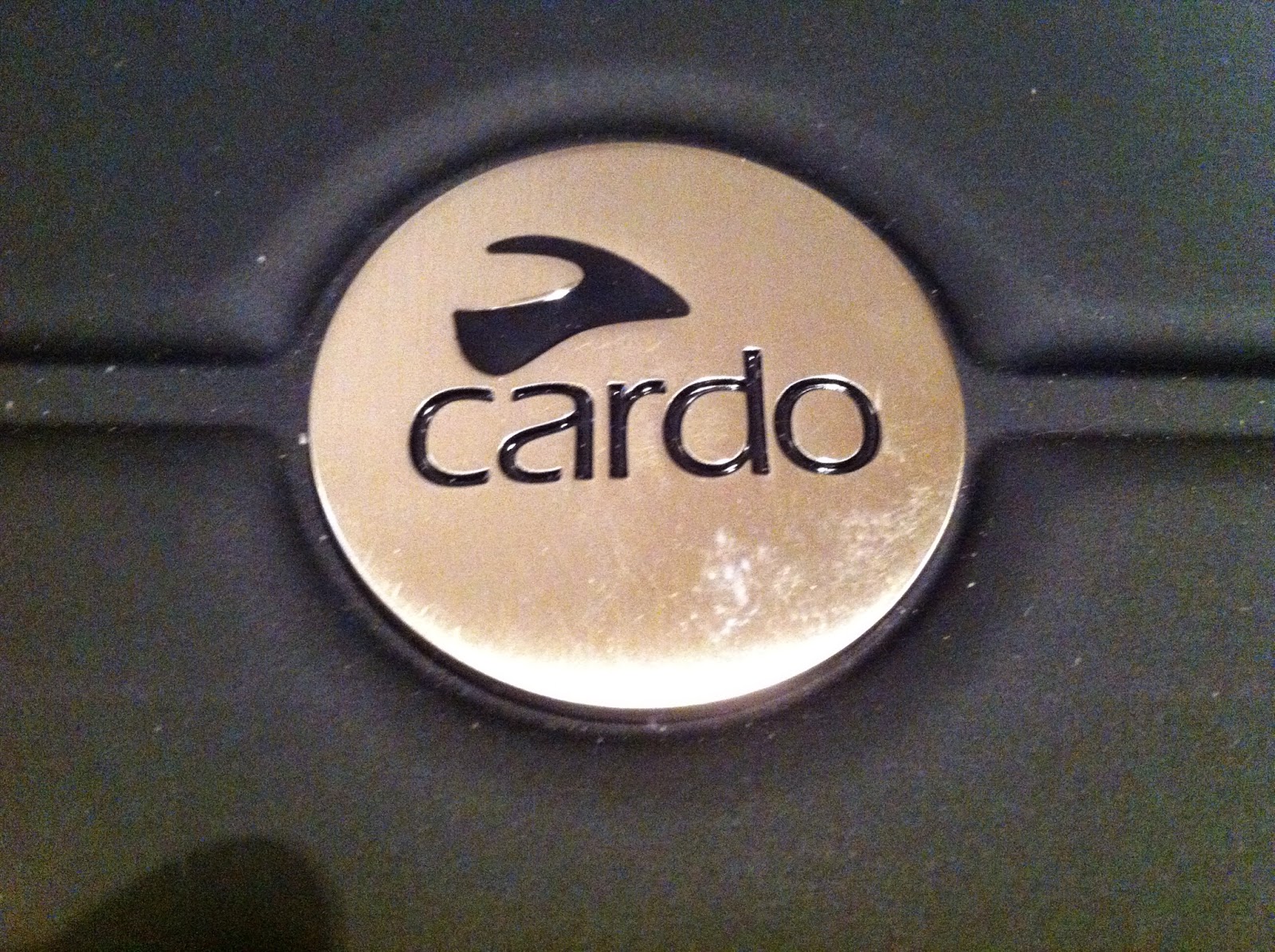 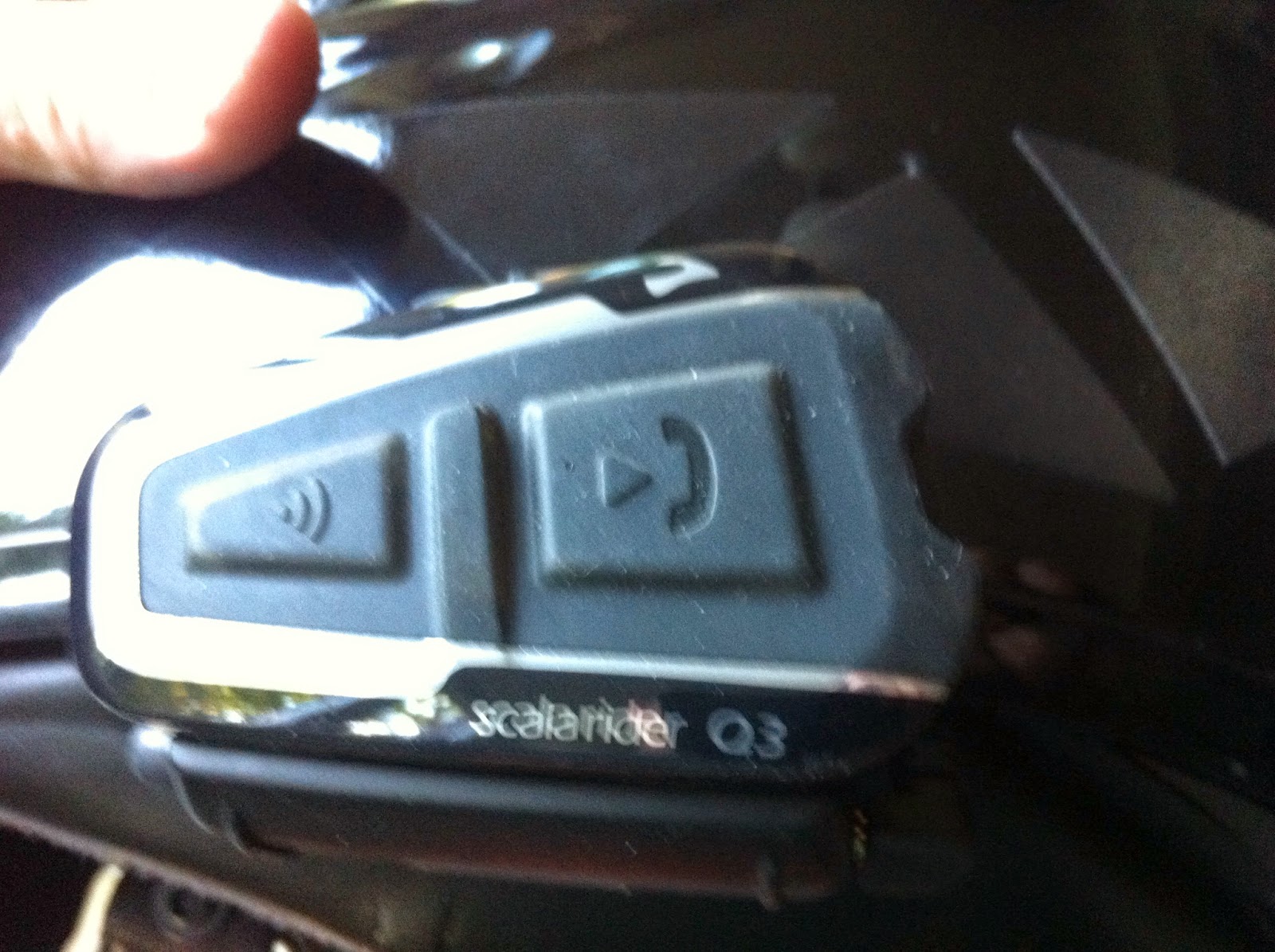 It took us about 2 hours to get them to communicate all together. Juan and Bruno have Scala Rider G4 with two channels, mine has 3 channels. You have to put cell phones to Bluetooth, otherwise they take up one of the intercom channels and you can't connect three people. The screw on holder mount is easy enough to install, but the earphone speakers stuck too far out and hurt my ears, so Bruno, being clever, took a cutter and scraped out some space for them in the styrofoam padding.

Once we had all three interconnected, we were off. What a difference it made!
I am now a firm believer. Here are some of my reasons:


All in all I can say it's a good investment.