Ciao, Mafi! A route to Pastrana

I founded my little group (Por Madrid en 125cc ('Around Madrid in 125cc') at moterus.es when I  bought bought my first scooter and found that the big boys had their biker clubs but there wasn't anything on for us lightweights who despite our cylinder size still wanted a piece of the action (which sounds more Freudian than it is, I hope).
So I founded the group on the hopes of meeting other bikers and taking modest trips around the Comunidad de Madrid. But no one signed up. I sold my scooter, got a motorcycle license, bought my Bullet. And suddenly there were 10 people in the group. Then 20. Now 40-something. And while some do have 125cc scooters or motorcycles, some have some pretty powerful bikes but they like to go out with us anyway. Javivi has a gorgeous BMW 650 for instance and is a great guy to travel around with, so he's co-manager of the group.

One of our favorite members is Carolina (nick: "Mafi"). She's on hard times and has to sell her bike and move back to her village in Valencia, so we organized a ride for her before she leaves.


Destination: lunch in Pastrana, the old capital of the Alcarria region of Spain, where the famous Princesa de Éboli lived in her palace there and was under house arrest by King Phillip II for the rest of her life. 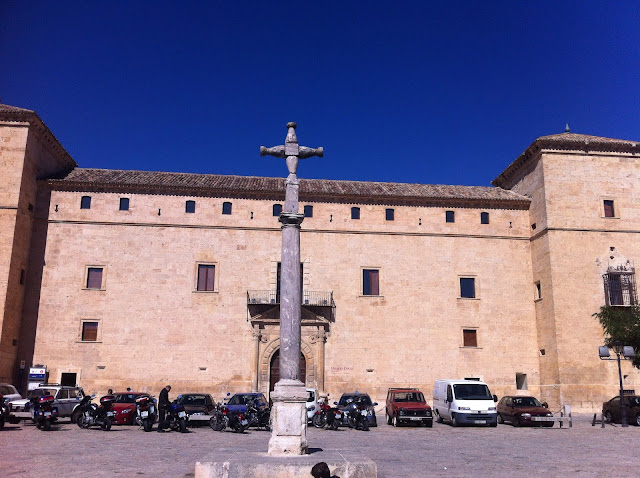 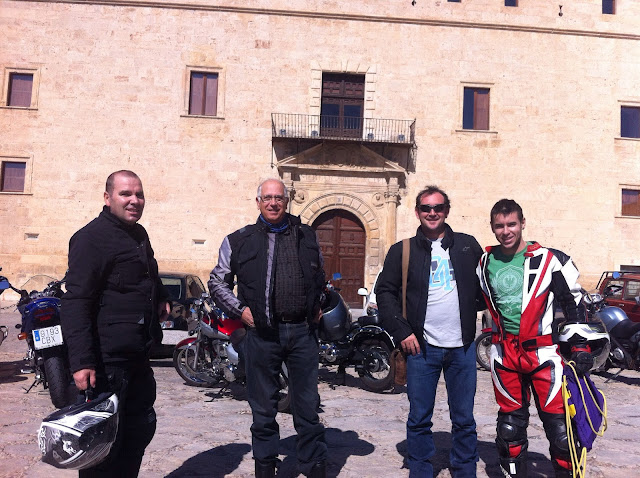 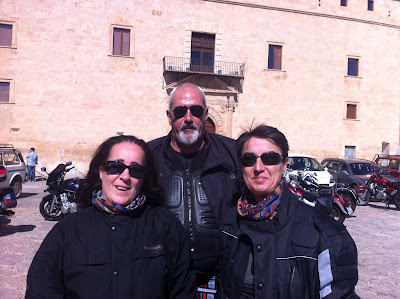 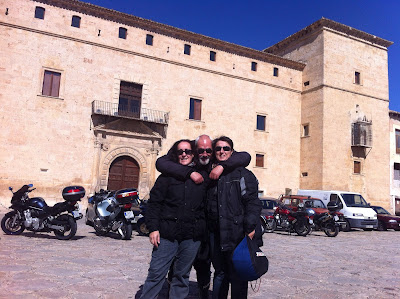 The restaurant for lunch was a big success (Mesón Restaurante Moratín):


And the company was excellent as usual: 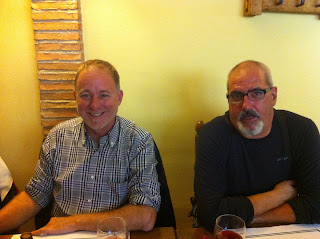 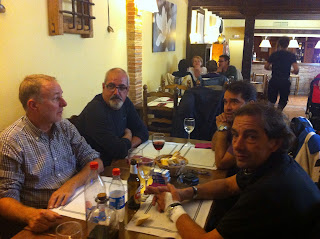 And so were the home-made desserts:

We had a nice walk around the old town: 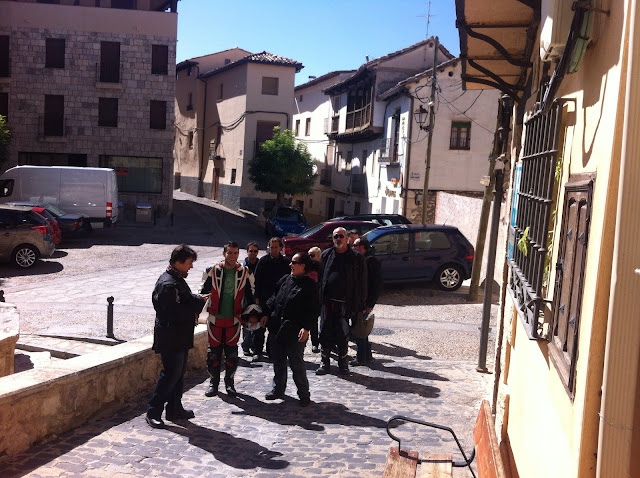 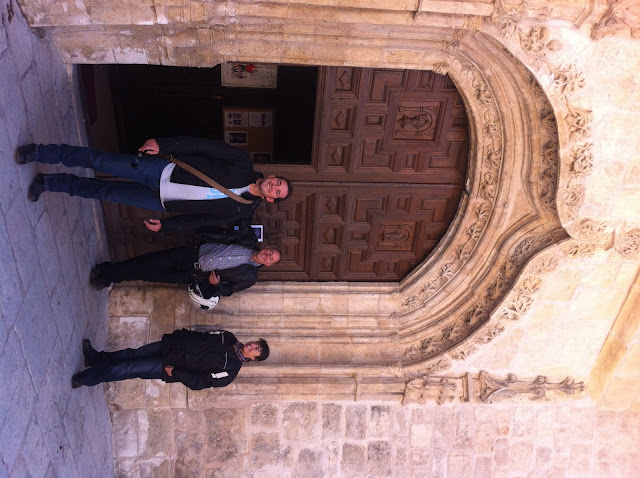 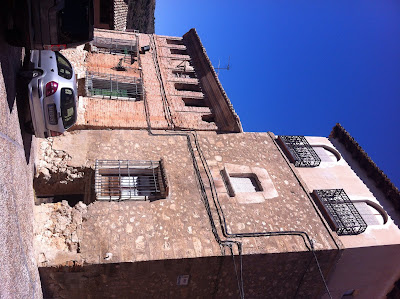 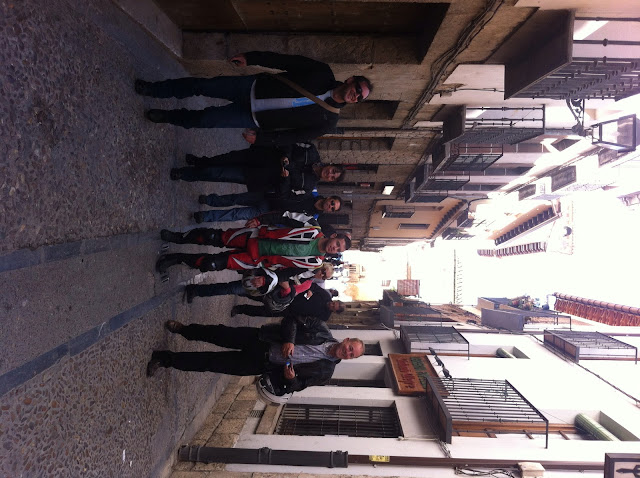 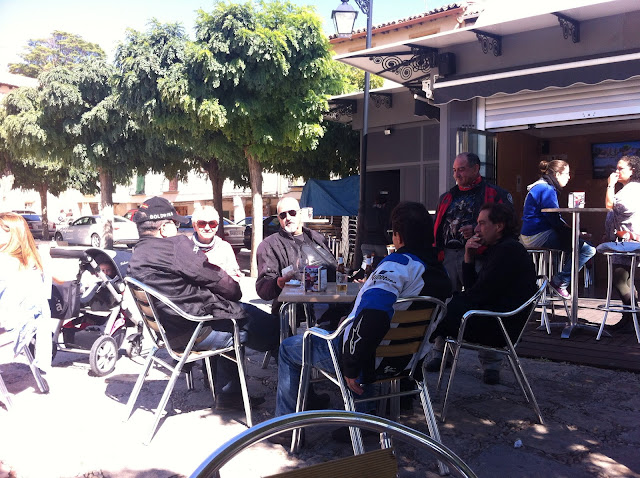 And saw something new: 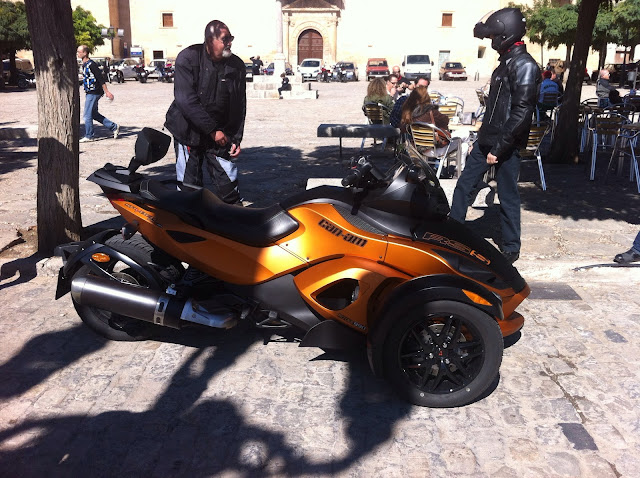 The route back was great, through the untravelled off-roads between vineyards and olive groves, the Tajo River flowing nearby.

Mafi, we wish you all the best back in your village!