Saturday morning I decided to go pick up the K75 from Pedro Ogrix's house, where he had let me recharge the battery overnight a week ago. The weather looked like it was going to clear up, although windy. Javi had a meeting all morning so Pedro and I went off for a ride to the southeast, to Colmenar de Oreja first, where we parked outside the old fortified church and was an aperitivo on the Plaza Mayor, one of the better-kept secrets in the area. So well kept that there's no sign or indication about how to get to it, and there are no through streets in the center of the town. We asked several people, were given then customary contradictory answers, and eventually lucked into it. The sad thing is that that was the third time I've been there and I still could't say how to get back again.

Anyway, there was a classic car show going on, and while I'm not big on cars, there were some lovely ones there.
Afterwards, 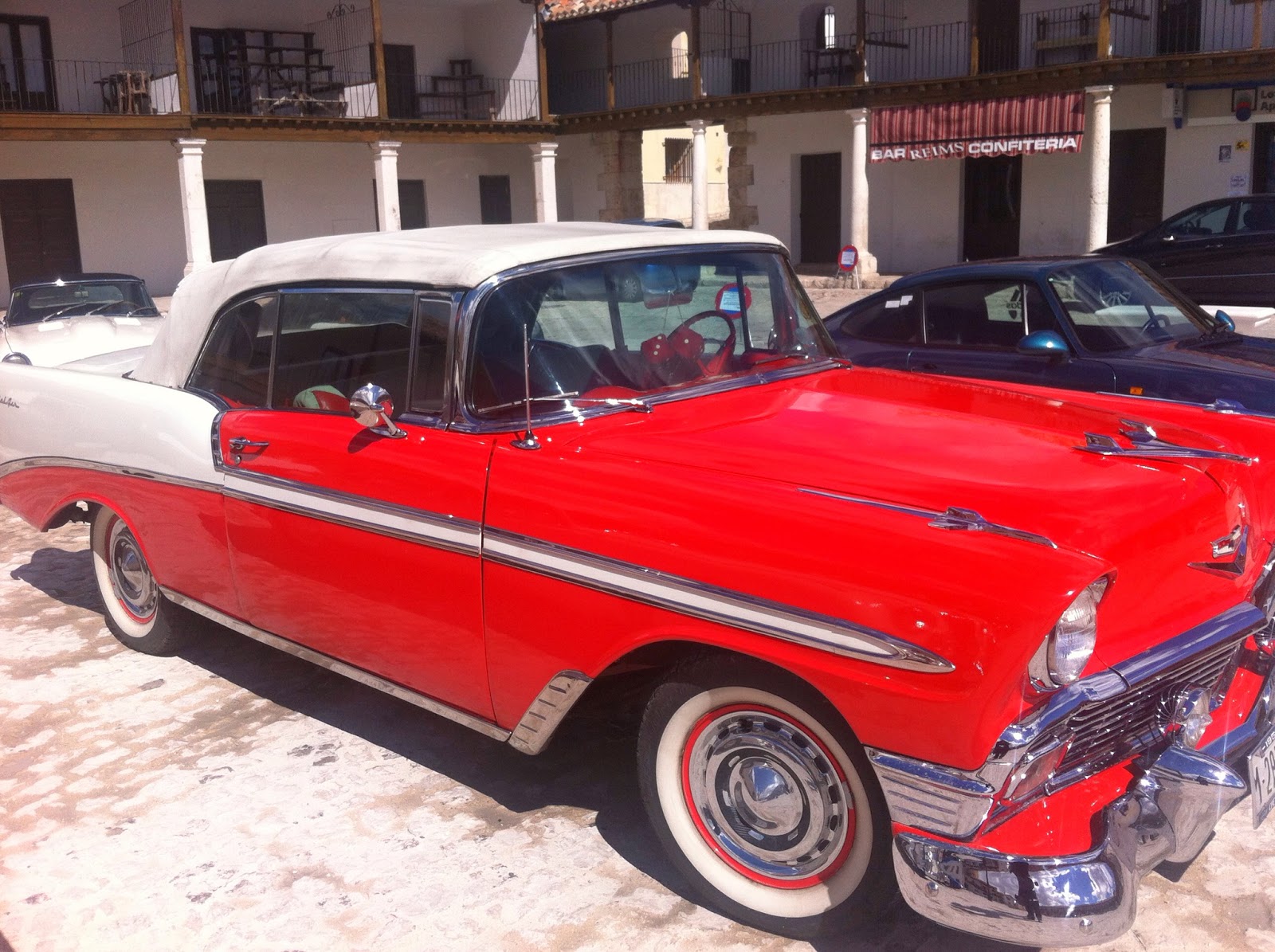 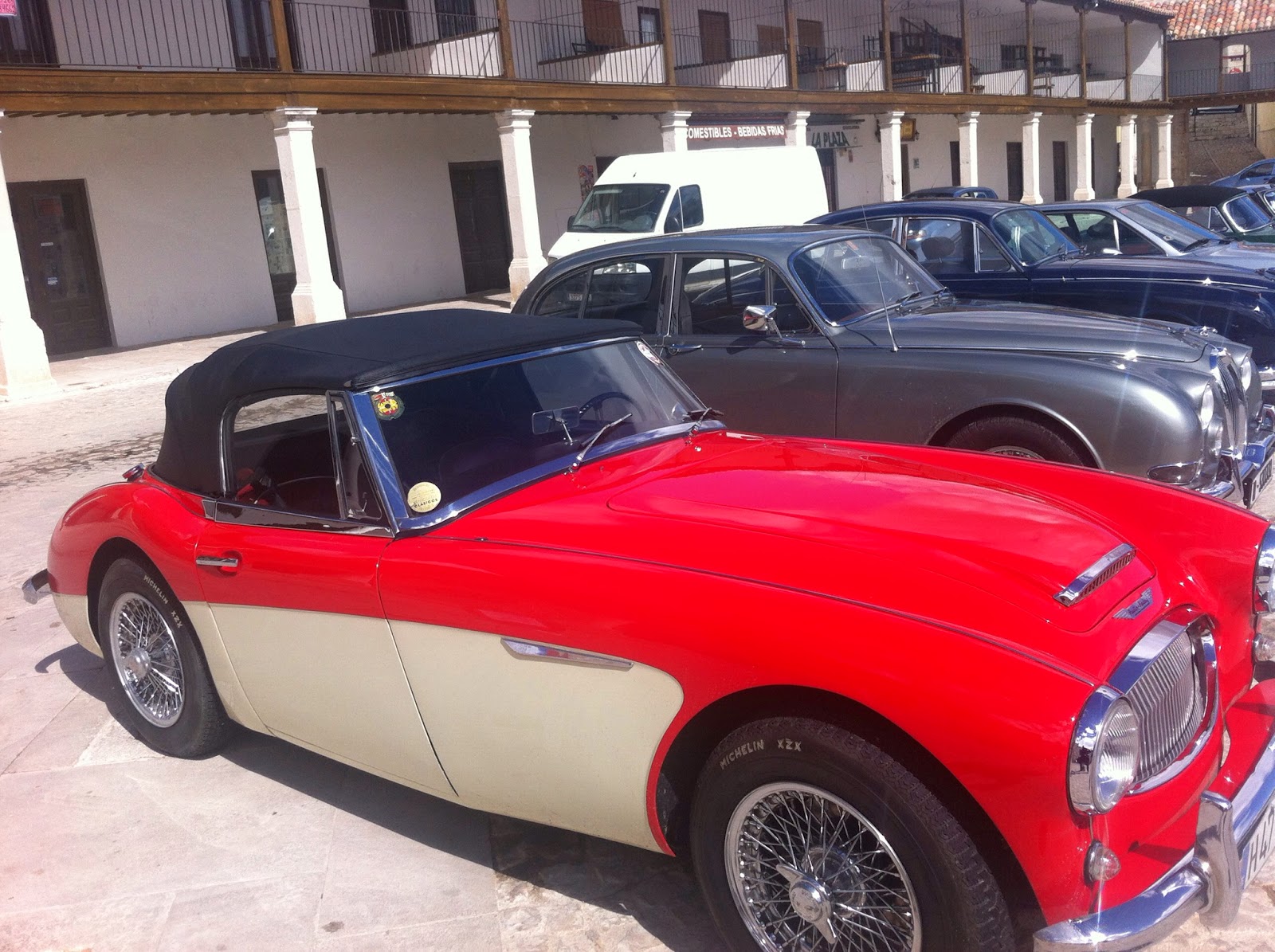 I then took Pedro down some of the best roads for bikers in the region.  The road from Valdelaguna to Belmonte del Tajo is spectacular, as is the one from Colmenar de Oreja to Villarubia de Santiago. We went on along the Tajo down to Ocaña for lunch on its Plaza Mayor, which was empty despite the nice day. 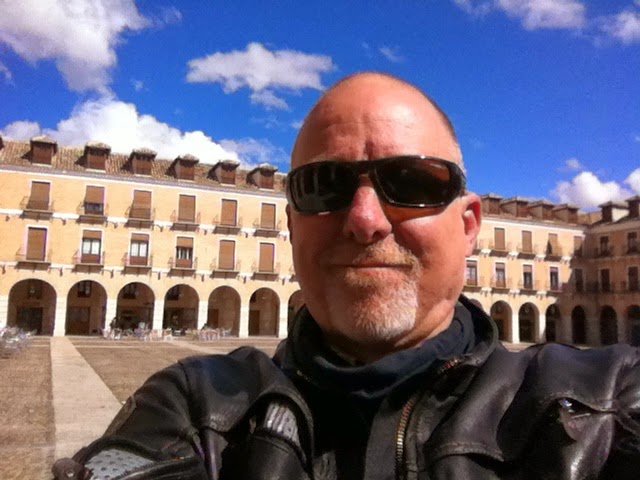 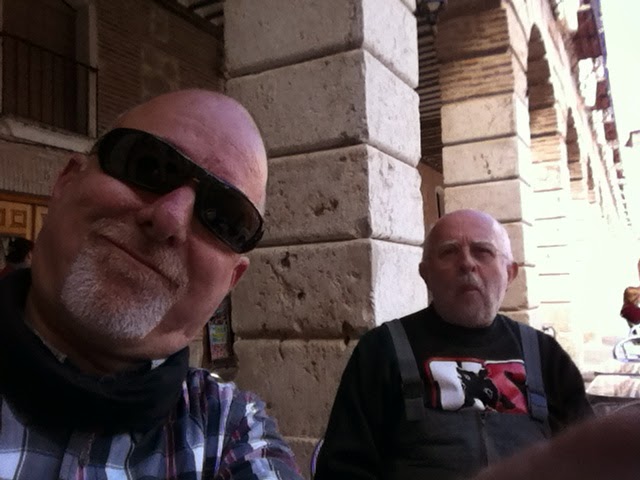 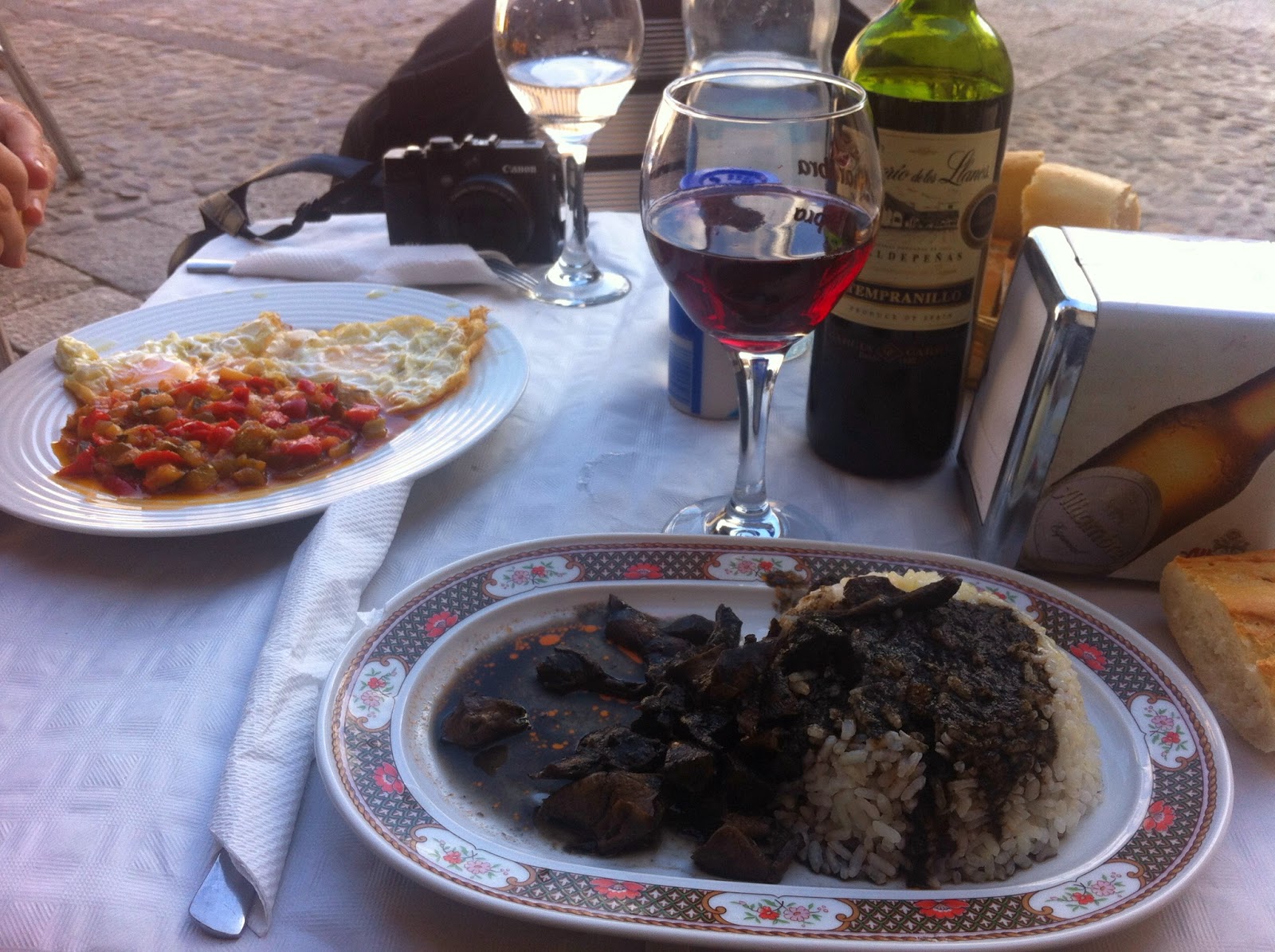 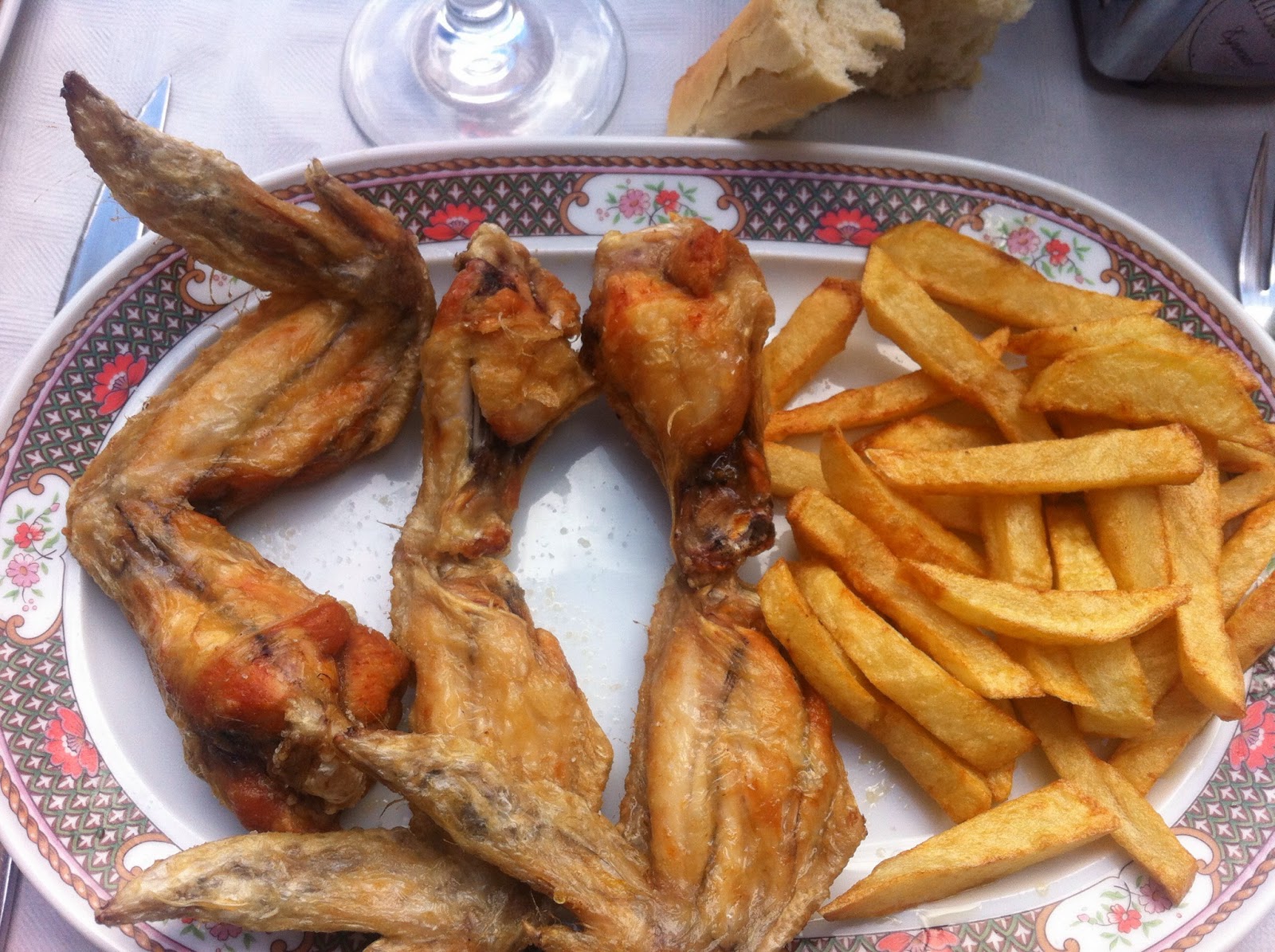 The menú del día was 10 euros, not bad for outdoors.
We headed back through Aranjuez, and passed under the windows of my old apartment on the Calle Primavera, then on to Villaconejos, Chinchón and Titulcia and then to Morata, where we stopped in at Angeles and Grant's place there (they were spending the weekend there with our friend Olga, too, fortunately).

RIDING THE BMW K75RT:
I hand't been on the K75 in over 2 weeks, and so it was nice to get to take it out on the roads. At first it felt so unwieldy but then it felt normal and then quite a delight to ride. No vibrations, good pickup, comfortable (the full fairing is great in the wind!). I really want to take the K75 on a long journey. But first I'd better have it thoroughly checked out, and set up its maintenance schedule.