It was a last-minute idea to ride off this morning the three of us usual suspects on our Royal Enfields from Madrid to Pastrana. Javier Ortíz had never been there before so that had to be corrected.

Pastrana's not far, about 130 km to the east of Madrid, inside the province of Guadalajara in Castilla-La Mancha. It's also a monumentally historic medieval town with the palace of the Mendoças, where the Princess of Evoli was kept under house arrest by Phillip IV for years until her death of old age. 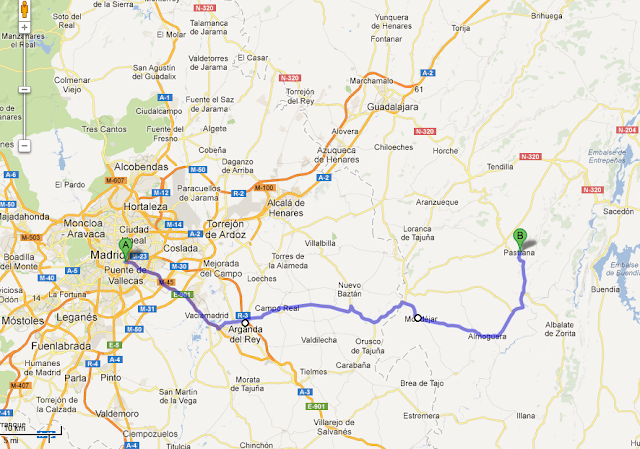 I got to the customary meeting point first. Hard to believe but true. 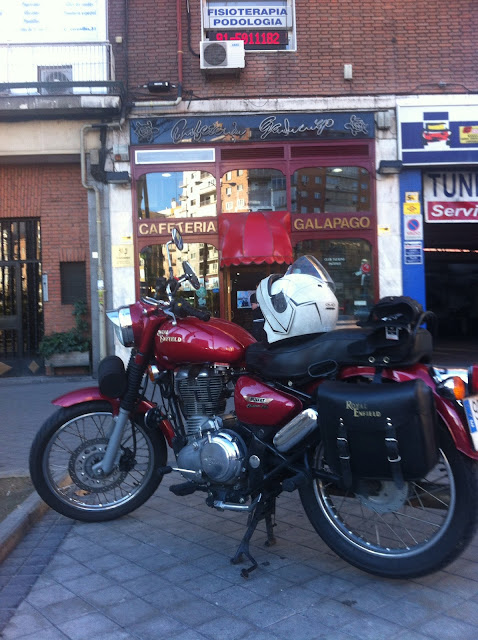 Then came Pedro Gómez on his black classic: 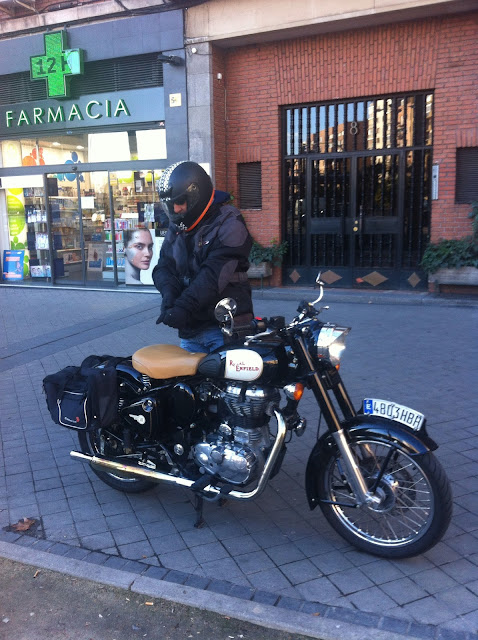 And last but not least, Javier Ortíz on his equally black classic. 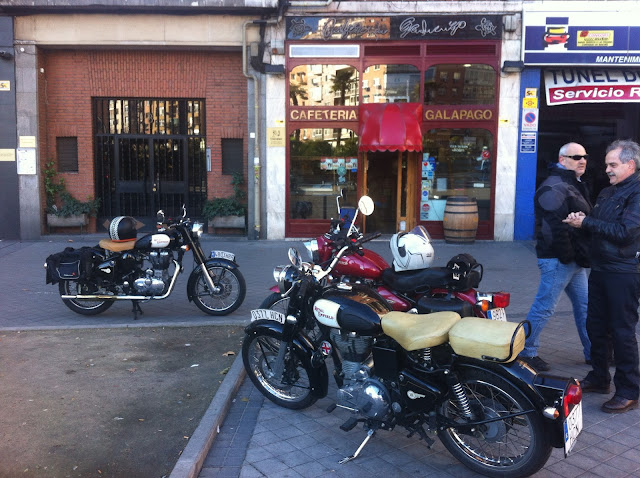 After a quick coffee and a not-so-quick discourse on crooked politicians, we took to the roads and had a leisurely ride through the fields. The new garlic crop was poking its head up in the fields amid the olive trees and vineyards. The winds were a bit brisk, 25-45 kph, but the Royal Enfields have big wheels and low centers of gravity to keep them stable despite their light weight (175kg). 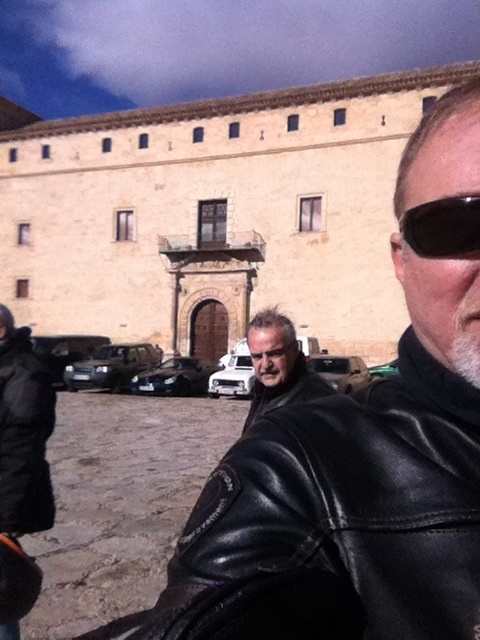 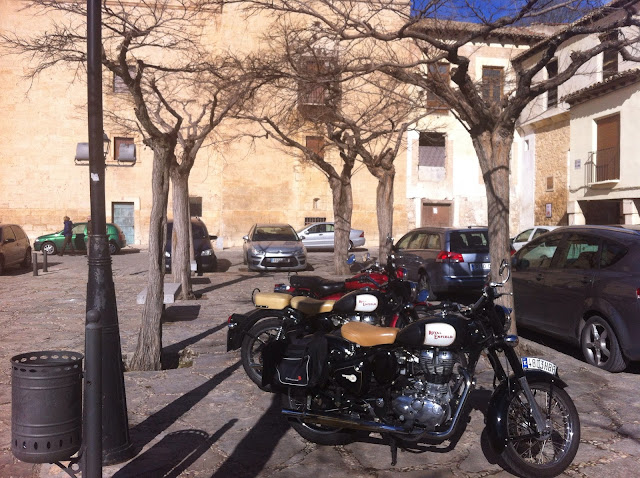 As we pulled into town a group of about 8 moteros on Kawas and Suzikis and things like that was driving in as well and they came over to stare at the bikes. As usual, someone had to ask The Question that makes Pedro go ballistic: "They break down a lot, don't they".
We explained that no, they new ones don't break down much, and most problems can be fixed with a socket wrench in about 5 minutes. They admitted their bikes were a little more complicated than that.

A stroll through the town, and into one of the dozens of bars/taverns in town, for some migas manchegas. This is a plate of bread crumb chunks seared in hot olive oil with garlic, almost stir fried, with diced up meats like chorizo, panceta, magro de cerdo (pork meat), add a dash of paprika, then serve with a fried egg on top and a handful of fresh red grapes. That cold sweet grape contrasts with the meaty garlicky bread, mmmm! 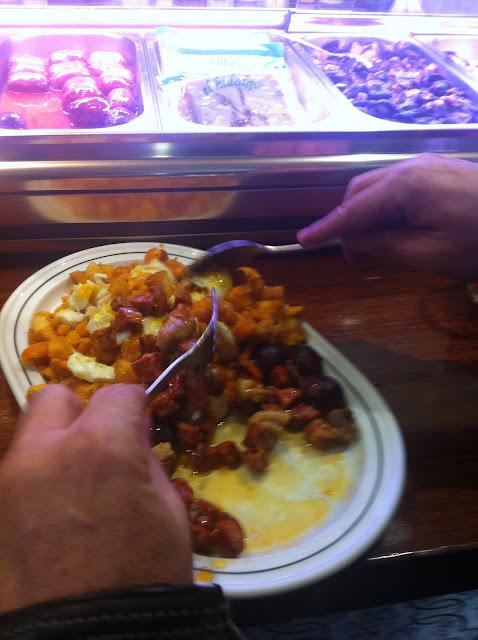 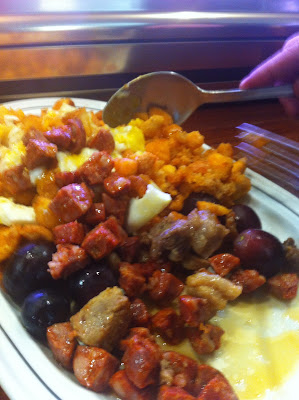 The ride back was equally pleasant. Every time I go out for a ride with these two gents I realize that our style is the same, the way we enjoy our bikes and the countryside, is the same...There's a lot of trust. I'd ride with them to the ends of the earth, smiling all the way.
Posted by Jónico at 7:01 PM